‘I Need to Have My Life Back’: Percoco Federal Corruption Jurors Learn Jury Duty is No Picnic 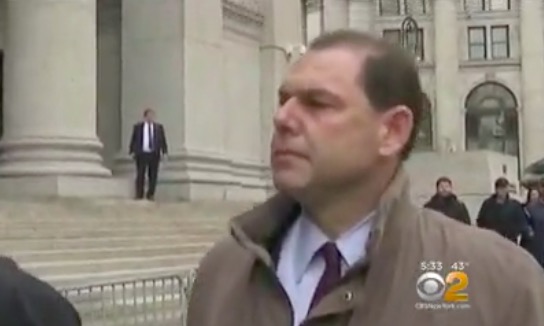 The jurors in the federal corruption trial of Joseph Percoco claim to be at an impasse. They cannot agree on a verdict. They say they are exhausted, frustrated, and verging on despair after the seven-week trial. In a note to Judge Valerie E. Caproni, one juror wrote “I physically and emotionally cannot do this anymore. I need to have my life back.”

Jury deliberations are not easy. Juries often struggle for lengthy periods of time to see if they can reach a unanimous consensus after a long and complex trial. In the annals of lengthy jury deliberation perhaps the longest ever was the famous Long Beach California case in 1992, which took 11 years getting to trial, involved 6 months of testimony, and four and a half months of jury deliberations. The jury proceedings took on a circus-like atmosphere, with jurors starting late, leaving early, and even drinking on the job. One juror was removed after suggesting that the U.S. District Court be re-named the “U.S. Dairy Court” because “you guys are milking this for all it’s worth.”

Another California case takes the prize for the longest deliberations in a criminal trial – four months. Three Oakland police officers were accused of 35 counts of criminal misconduct, including beating suspects and planting evidence. The seven-month trial involved 84 witnesses, and the jury instructions spanned 122 pages. The jury could only reach a verdict on 8 of the 34 counts, and a partial mistrial was declared.

How long have the Percoco jurors deliberated?  A total of a day and a half.

Needless to say, Judge Caproni seemed skeptical of the jurors’ pleas of physical and emotional exhaustion. As she told the lawyers on Tuesday, the jurors had not deliberated long enough to declare themselves at an impasse.

Before dismissing the jury on Tuesday, to return on Thursday, she gave the jurors a modified version of the so-called “Allen” charge.  This instruction, known variously as the “dynamite” charge, or the “shotgun” instruction, is taken from the century-old case of Allen v. U.S.an Allen.  In essence, the instruction admonishes a deadlocked jury to attempt to reach a verdict if it can conscientiously do so, to give deference to the views of other jurors with the objective of reaching a verdict, and to urge jurors in the minority to reconsider the reasonableness of their convictions.

One can only speculate as to the reasons for the somewhat hysterical tone of some of the juror’s despair. Most likely the testimony of the prosecution’s star witness Todd Howe has caused some of the divide. An admitted liar and bribe giver, Howe’s credibility was further shattered by being arrested in the middle of the trial for credit card fraud. But prosecutors often put witnesses on the stand with worse reputations – I’m thinking of drug lord Nicky Barnes, or mob killer Sammy “the Bull” Gravano – and juries usually believe these witnesses.

It’s hard to feel much sympathy for the discontented jurors in Percoco. To be sure, they weren’t misled by the judge or the lawyers. They knew when they volunteered for jury service in this case that the trial would be long and complex. They certainly should be commended for agreeing to do public service, but given the seriousness of the proceedings and the relatively brief time they have been deliberating, one wonders whether they have really made a strong enough effort to reach a consensus. Then again, one wonders whether given the rancor and acrimony of so much of the public discourse today, that perhaps this rancor and abuse may have so contaminated this jury that they feel that any agreement is hopeless.

Judge Caproni has several options. She certainly will direct the jury to continue its deliberations, probably for several more days. She has the power to remove a juror who refuses to deliberate in good faith and let eleven jurors try to reach a verdict. And she could substitute the recalcitrant or “exhausted”sitting jurors with alternates.

But one and a half days of deliberations is not enough time for this jury to declare itself at an impasse. The jury has rightly been called “the conscience of the community” and “a bulwark against government oppression.” The opportunity for ordinary citizens to participate in the administration of justice is one of the principal justifications for retaining the jury system. The Percoco jury’s complaints after less than two days of deliberations is an uninspiring commentary on their work.