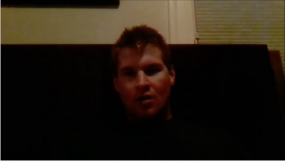 A Denver man is in federal custody after allegedly offering to buy guns for convicted felons in a YouTube video posted to his eponymous account “Kenneth Francis.”

The 28-year-old was arrested following an undercover sting by the Bureau of Alcohol, Tobacco, Firearms and Explosives, or ATF.

After some loathsome comments directed at the State of California, Francis says:

Francis goes on to say he will do what he can to get Americans their guns, even going so far as to include a text box in the video that says, “I am willing to drive anywhere in the US to deliver for extra fee.” He then offers to buy anyone a gun for a $50 fee. “$50 is a very reasonable price because I’m basically going to be breaking the law here,” Francis says in the video. “And I’m okay with that because the law is corrupt.”

Francis could face up to 10 years in prison and a $250,000 fine if convicted, according to court records.