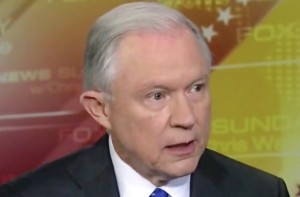 The former U.S. Department of Justice assistant attorney who was instrumental in blocking Jeff Sessions from a 1996 federal judgeship was apparently indicted on bribery charges several years after his testimony.  The testimony from the 1980s is once again relevant amid reports that Trump plans to install Senator Sessions (R-Alabama) as Attorney General of the United States. Sessions has drawn intense scrutiny because his 1996 federal judgeship nomination was rejected after reports emerged that he made racially charged remarks. One of the key figures testifying against Sessions at the time was Mobile, Alabama’s first black federal prosecutor Thomas H. Figures.

Figures, an Assistant United States Attorney from 1978 to 1985, testified during a 1996 hearing that Sessions called him “boy” on a number of occasions, and also joked about the Ku Klu Klan.  However, what has not been reported recently is another interesting twist to the story.

In 1992, Figures, who had become a defense attorney, was indicted on federal charges for allegedly offering a $50,000 bribe to a convicted drug dealer who was set to testify against his client, according to a 1992 New York Times report. Figures maintained that the charges were retaliation for him testifying against — and effectively blocking — the nomination of Sessions.

“I don’t think it is incidental that Tom Figures testified against Jeff Sessions’s nomination to the bench and is now being indicted just 10 weeks before the Republican Administration leaves office,” J. L. Chestnut, a black activist told The New York Times at the time. “It has raised a lot of eyebrows here, and many feel there is a connection.”

At the time of the federal indictment, Sessions happened to serve as United States Attorney for the Southern District of Alabama. Sessions said he recused his office from the bribery investigation, saying it was handled by the DOJ in Washington, D.C instead. However, that was not enough to quell concerns by Figures that the prosecution was politically motivated.

It is not clear what happened with the case. The federal online database doesn’t keep records from 1992, and we’ve put out requests for further information with the federal courthouse. However, it is likely that the case didn’t amount to much because, according to his obituary, Figures went on to become a municipal judge for the city of Mobile, Alabama. He died last year. We’ve reached out to Figures’ former attorney for the bribery case for more information, and will update here when we get anything more.