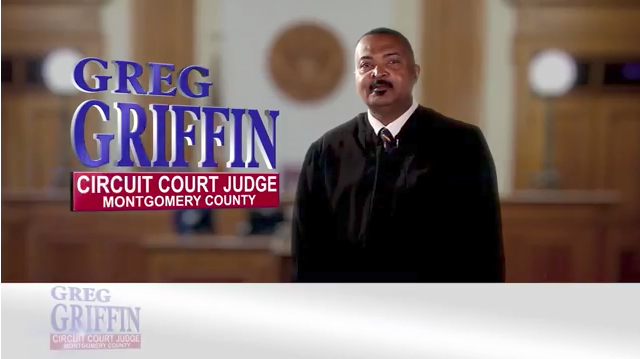 MONTGOMERY, Ala. (AP) — The Alabama Supreme Court on Friday temporarily paused the murder trial of a white police officer accused of killing a black man as it considers a defense request to remove the judge because of a social media post in which the judge complained about being racially profiled by police.

Justices issues a temporary stay on all proceedings in the case, which is scheduled to go to trial in October, as it considers the matter. Justices asked for briefs to be filed quickly.

The defense is seeking the recusal of Montgomery County Circuit Judge Greg Griffin because of a past Facebook post in which Griffin complained about being stopped by police because he is black. The defense appealed after Griffin declined to step aside following a contentious hearing.

Montgomery Police Officer Aaron Smith faces murder charges in the 2016 shooting of 58-year-old Greg Gunn. The white officer stopped Gunn, who is black, as Gunn was walking late at night. Friends said Gunn was walking home from a weekly card game and was shot near the home he shared with his mother.

The defense has said Smith stopped Gunn because he thought he was acting suspiciously and that Gunn fought with the officer and swung something at him.

In a Facebook post before he was assigned the case, the judge wrote that he had been stopped during his morning walk by officers who claimed he matched the description of someone who had been reported in the area with a crowbar. Griffin wrote that he showed them his judicial badge.

The post, which did not mention Gunn’s death, said in part: “It was aggravating to be detained when the only thing I was guilty of was being a black man walking down the street in his neighborhood with a stick in his hand.”

Defense attorney Roianne Conner argued in a May hearing that she wasn’t claiming that Griffin was biased, only that judicial ethics rules require judges to avoid even “appearances of impropriety.”