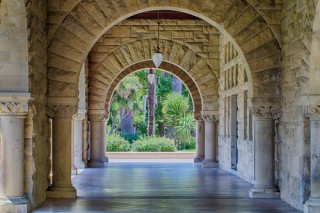 Stanford University just announced its solution to the problem that’s been bugging us all summer: smaller bottles of booze. So, in other words, students can still drink, as long as the bottles are small enough to fit easily inside their backpacks.

The school has instituted several policies for their over-21 students:

I have mixed feelings about Stanford’s new alcohol policy. On one hand, I think any measures taken to limit alcohol consumption on campuses is a good thing. In its official statement, Stanford pointed out:

If it’s really true that such a restriction will reduce the number of places from which students will obtain alcohol, then that’s a good thing. The fact that this restriction doesn’t solve every problem doesn’t mean that it’s not well-intended and well-crafted. There’s too much substance abuse on our campuses, and anything that helps is fine by me.

But something about this new policy as Stanford’s only policy change since The Summer of Brock Turner is bugging me.

#Stanford: not solving the problem, but solving a problem that, when you squint, is sorta kinda next to that problem https://t.co/to6JIUI2LE

Alcohol is a problem. It’s just not the problem.

When I read the letter sent to students by Greg Boardman, Stanford’s Vice- Provost for Student Affairs, I was again struck by level at which alcohol is the university’s favorite – and only — fall guy.

“When considering a policy, one can look at it through multiple lenses. I challenge you not to focus on the policy as something to be worked around. Instead, I ask you to bring your best selves to this endeavor, to consider the real concerns raised by your fellow students, and those articulated here, and to be a part of solving this problem.”

Speaking of looking at things through multiple lenses, there are plenty of people who will interpret Stanford’s new policy as some Grade-A victim-blaming. Stanford has been in the middle of a shitstorm all summer over the Brock Turner case. One of its lauded athletes sexually assaulted a defenseless victim; in response, the first thing Stanford did was to tighten up regulations that related to the victim’s behavior. Maybe that’s victim-blaming. Maybe it’s just good alcohol education. I’m not entirely sure it matters.

I spoke today with Heather Cucolo, Professor of Law at New York Law School and co-author of Shaming the Constitution, a comprehensive review of sex-offender law, to be released in March 2017. Professor Cucolo opined as follows:

“I take such issue with this whole victim-blaming debate, because I feel as though it is a fruitless discussion that truly doesn’t help anything. We have to take some responsibility to make sure that we’re making smart choices and decisions. It doesn’t mean that you weren’t victimized—but there’s nothing wrong with also trying to encourage smart choices. It’s not victim-blaming. It’s victim awareness.”

Victim-blaming or not, it would sure be great for college girls to drink less. I can’t help but wonder whether, if Turner’s victim had been unconscious because she’d had a seizure or an allergic reaction, Stanford would have released a policy on seizure-awareness, or have reminded students about the importance of carrying EpiPens (at least for those who could afford the copay).

I suppose it’s possible that simply removing victims from the equation will help minimize the campus rape statistics — but focusing on alcohol consumption misses the point in a big way. Sexual assault on college campuses is a complex problem without a ready solution. Stanford would do well to admit that – but instead, it issued the following in its initial statement about the Brock Turner case:

“There has been a significant amount of misinformation circulating about Stanford’s role. In this case, Stanford University, its students, its police and its staff members did everything they could. Stanford University takes the issue of sexual assault extremely seriously and has been a national leader in taking concrete steps to implement prevention programs…”

It’s awfully convenient for Stanford to conclude that everyone involved did “everything they could.” But such an assertion is patently unreasonable. Stanford’s outright declaration that the actions of university faculty, staff, and student body were beyond reproach cannot exist in the same logical universe as the facts of Turner’s crime. Stanford didn’t do everything it could to protect Turner’s victim. It didn’t create a campus environment that was sufficiently hostile to rapists. It failed. Any other take on things is just plain wrong.

“I don’t think that it’s going to have any effect on preventing assault. It’s a feel-good measure that Stanford wants to put in place to protect its reputation. Colleges and universities are implementing these measures without looking deeply into the problem. But I’m not sure any of us want to look deeply into it, because it’s our college kids. To really examine the cause of campus sexual assault, we’d have to look at everything from the environment, to parenting to social culture.”

When it comes to campus sexual assault, as with alcoholism, admitting that there is a problem problem is the first step. Stanford might do well to keep that in mind before issuing its next statement.