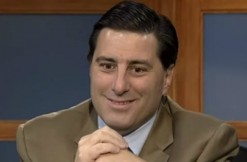 Here’s the situation: A leaked email showed that a North Carolina Republican admitted that their voting policies were politically motivated. The News & Observer reported this Wednesday when they got their hands on an email by Dallas Woodhouse, executive director of the state GOP.

Cue outrage. Recently, a federal court struck down North Carolina’s voting ID law for being discriminatory and politically motivated. The statue kept the early voting period down to 10 days, but now it’s back up to 17. The local GOP has been trying to reduce the timespan again. This is controversial because, as mentioned in the ruling, early voting is disproportionally used by a certain demographic that tends to favor Democrats: black people.

Talking Points Memo has correctly called the email a “Smoking Gun,” but Woodhouse’s response to the news explains a lot.

“Meanwhile, the Republicans will keep fighting for our positions to preserve the integrity of the voting process so everyone’s vote is properly counted, and any other positions we deem fit— because the Democrats haven’t made it a crime to be Republican— YET,” he wrote in a statement.

Basically, he’s saying, We need to take these tactics because the Democratic will, or are, trying to do the same to us.

“I would remind you that the Democrats helped block our voter ID law that protected early voting hours,” he wrote. “We required the same or more hours in fewer days, meaning the same sites had to be open longer, or there had to be more sites.”

Woodhouse has a point, though he’s using it only to justify himself. Politicians on both sides abuse gerrymandering to the point that voting districts are shaped like clay mushed by a five-year-old. And as fellow LawNewz.com writer Chris White reminded me, Missouri Democrat Claire McCaskill admitted that she won her 2012 close race for the U.S. Senate by resorting to sly tactics. She geared her attacks ads to actually benefit the very conservative Todd Akin in the Republican primary. According to her polls, she stood the best chance of beating him in the general election. Her ploy worked. More recent and more shady were primary results in eight Baltimore precincts, which were decertified because of embarrassing voter irregularities. It’s unclear if this was due to actual fraud or simple incompetence, but it’s a bad look for the city, which leans Democrat.

So I’m about to say something that should be self-explanatory, though it might seem naïve: It’s always wrong to interfere with the voting process for political reasons. Always. Not just morally—why pretend to respect democracy if we’re always going to disrespect the vote?—but also for practical matters. North Carolina Republicans can and should be glad the voter ID law got struck down. If they won, that means federal case law would make more room for Democrats to do similar shenanigans in the future, if not there, then in other states.

No matter who are you are, Democrat or Republican, “party line” policies designed to hurt the other side will bite you later on. North Carolina may have gone for Republican Mitt Romney in the 2012 election, but it was close. After all, the state went for Obama in 2008. Political tides change, and parties are all too glad to pick up tools meant for the other side. What’s naïve is thinking that you can always maintain control.

[Screengrab of Woodhouse via C-SPAN]
–