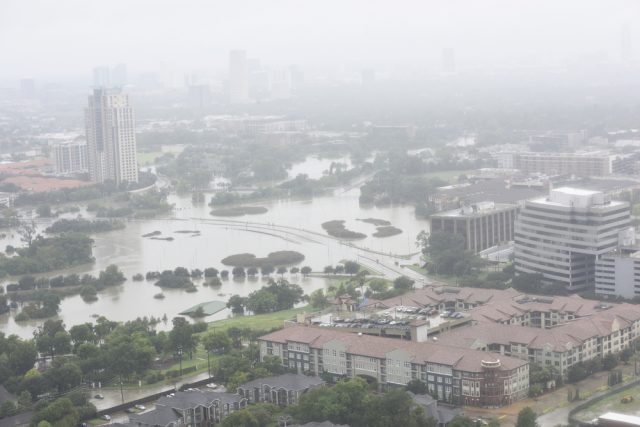 Something all too common has happened in the State of Texas.

The insurance lobby got their way this past legislative session–and then some. A new law, which goes into effect September 1, will make it harder for homeowners to file insurance claims while simultaneously lining insurance companies’ pockets.

And, of course, it comes just in time for the unchecked devastation of Hurricane Harvey.

That law, House Bill 1774, contains a variety of handouts to the insurance industry.

One of the more glaring components of the bill is a provision which reduces the penalties insurance companies are forced to pay if they’re late in paying out weather-related claims.

Current law exacts an 18 percent interest penalty for each year a claim is delayed. The new rate will slash that penalty down to the prime rate plus five percent–which, combined, equals out to 10 percent. This is pernicious because it incentivizes insurance companies to drag out the payment process. Higher penalties keep insurance companies more honest.

Another provision in H.B. 1774 will force claimants to alert insurance companies before a lawsuit can be filed. This ostensibly will give insurers an opportunity to address unpaid claims before litigation occurs. In reality this provision is yet another incentive for insurers to slow-walk claims and inarguably shifts some of the burden to consumers while insurance companies stand to benefit.

In addition to leaving property owners with lesser recourse, the bill also limits the amount of attorney’s fees which can be recovered in a winning lawsuit against an insurance company. If the damages won at trial end up being less than 80 percent of the demand made before a lawsuit goes to court, then the corresponding percent of attorney’s fees is awarded as well. But that’s only for recovery of at least 20 and up to 79 percent of the pretrial claim.

If a successful lawsuit contains damages awarded at less than 20 percent of the original demand, then no attorneys fees whatsoever will be awarded. This is an obvious attempt to frustrate litigation before it even begins and will undoubtedly have an impact on the number of lawsuits filed. Many attorneys are simply not going to want to take certain cases if their ability to get paid is hobbled and/or non-existent.

Other sections of the bill immunize insurance agents, adjusters and claims managers from personal liability for malpractice–no matter how egregious and bad their behavior. This is a flat-out handout of the sort typically reserved for politicians and cops. Small wonder what campaign contributions can get you these days.

Another section gives insurance companies carte blanche over inspections–upending decades-old procedures allowing for either party to make an inspection during pre-trial discovery–which effectively results in giving insurance companies the ability to dictate the timeline of events. This is an obvious ploy to derail and stall litigation at property owners’ expense.

Passage of the bill was bi-partisan–though it was heavily favored by Texas Republicans and only met a lukewarm response from Texas Democrats–and pushed by insurance industry front group, Texans for Lawsuit Reform.

Prior to the bill’s passage, Texas had a fairly sterling set of consumer protection laws viz. insurance claims–embodied in the Texas Deceptive Trade Practices Act (DTPA) and Texas’ Insurance Code. But even those statutes were most recently eroded during the “Tort Reform” histrionics of the 1990s. And guess who benefited then? Insurance companies. The new bill potentially protects insurance companies from DTPA liability entirely. Instead of using both as avenues for collection of unpaid claims, property owners will be forced to choose one or the other.

As Houston and coastal Texas reel from catastrophic destruction and price-gouging in the wake of Harvey, the insurance lobby can look forward to a sunny day after the flood. Property owners making insurance claims? Not so much.