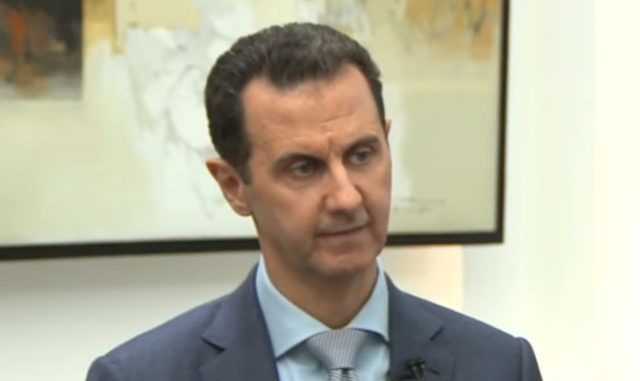 President Donald Trump‘s travel ban has received widespread criticism from both the American people and courts, but one world leader has announced his support. In a European radio interview, Syrian President Bashar al-Assad defended the reasoning behind the ban, which indefinitely bans all Syrian refugees from entering the U.S.

Assad said that the travel ban is “not against the Syrian people,” but “against the terrorists that would infiltrate some of the immigrants to the West.” He stated that this has happened in Europe, and that “I think the aim of Trump is to prevent those people from coming [to the U.S.].” The refugee crisis is a direct result of Assad’s war against rebel groups in Syria, which has been going on since 2011. It began after the Syrian government responded violently to protests and demonstrations against Assad’s regime during the Arab Spring.

The travel ban, which is currently on hold due to a nationwide preliminary injunction, does more than ban Syrian refugees. It temporarily restricts refugees from all over the world, and prohibits all immigration from seven Muslim-majority countries, including Syria. In the interview, Assad was asked if President Trump’s policy is correct, but he did not answer.

In a separate interview with Yahoo News last week, Assad said that he too is fighting terror, although his position is that all Syrian rebels are terrorists, not just those aligned with ISIS. He admitted that the refugee crisis is a humanitarian disaster, but said that he is against creating safe zones in the country for refugees. Assad also refused to take the blame for the situation. “Why were they displaced?” Assad asked. “The terrorists.”