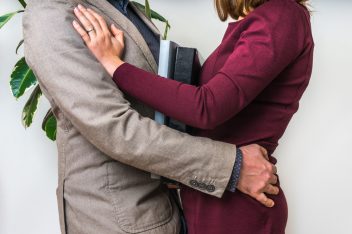 One of the most important functions of the State Bar of California is to regulate the professional conduct of the attorneys practicing law in the state.  This goal is achieved through the enforcement of ethic rules passed by the State Bar that govern how attorneys practice law in California.  A violation of an ethics rule can lead to various disciplinary actions for an attorney, including the losing the privilege to practice law in the state.

California is currently in the process of overhauling its ethics rules for the first time in nearly 30-years and one particular proposal is receiving a lot of attention, according to The Associated Press.  The State Bar commission is currently considering a proposal that includes an all-out ban on sex between an attorneys and clients, unless the sexual relationship preceded the attorney-client relationship.  And it is apparently making some California lawyers rather upset at the idea of facing disciplinary action for having sex with a client.

Those attorneys who oppose the change are claiming it is an unwarranted invasion of privacy and point to the state’s current ethics rules that already prohibit lawyers from having sex with clients if it causes them to “perform legal services incompetently in violation of rule 3-110.”

“Proponents of a complete ban cannot articulate why a lawyer should be disciplined for sexual relations with a mature, intelligent, consenting adult, in the absence of any quid pro quo, coercion, intimidation or undue influence,” James Ham, a lawyer on the State Bar commission told the AP.

However, proponents of the rule change say it is necessary to clear up any gray area surrounding the somewhat subjective interpretation of what sort of relationship is allowed under the current rules.

“If we have a very flat guideline, it gets out of the area of subjectivity,” explained Andrew Servais, the San Diego Bar Association legal ethics committee chairman.

The American Bar Association previously adopted a revision to its Model Rules of Professional Conduct  to promote a ban on sexual relationships between attorneys and clients.  The ABA Model Rule states:

However, it is left to the individual states to decide whether to adopt the ABA recommendations.  As of May 2015, an ABA committee found at least 17 states had adopted similar provisions to the suggested ban in the Model Rules.

The State Bar commission has until March of 2017 to approve any of the proposed changes to the rules and then the California Supreme Court will ultimately make a final determination on any changes.