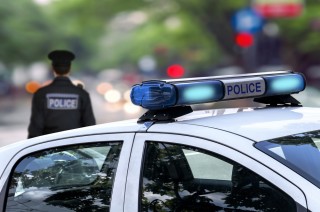 A Wisconsin police officer admitted to having sex an estimated 98 times while on the job, the Hudson Star-Observer reported. John Worden spent half of his time on duty making personal calls, and he used police resources for his escapades, according to documents released by Hudson Police. Worden resigned after being on the force for eight years.

The documents indicated that Hudson Police Lt. Geoff Willems discovered that Worden spent between four and six of his 10-hour shifts using his work phone for personal matters, lied to a supervisor about how he spent his work days, and falsely completed 146 daily work logs.

Worden had originally told Willems on March 10 that he was being stalked by a woman who wanted a relationship with him. But on April 15, a woman came forward and filed a complaint against Worden. She alleged that the two had been in a relationship from June 2015 to February 2016. She told authorities that the two sent thousands of text messages on the nights when he was on duty, and that they had sex while he was working, including in his police vehicle.

Worden eventually admitted to the relationship, and said that he exclusively used his work phone to communicate with the woman, and only saw her when he was working so that his significant other wouldn’t discover the affair. He was then forced to resign.

The woman admitted that part of why she decided to come forward was because she was upset with how the relationship ended. She also said she was afraid that Worden would use his position to make her life difficult.

“I screwed up,” Worden said in an interview with the Star-Observer. “It was a mistake. I hurt a lot of people and it’s ruined my life.”