DOJ to Settle With HSBC Over Repossession of Servicemembers’ Cars 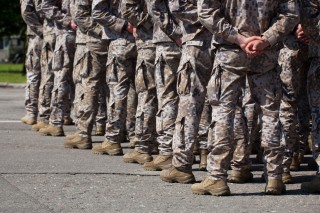 The U.S. Department of Justice announced on Monday that they reached a settlement agreement with HSBC Finance Corporation over allegations that between 2008 and 2010, the company illegally repossessed 75 cars that belonged to members of the military. The repossessions allegedly violated the Servicemembers Civil Relief Act, which protects people serving in the military from certain civil actions affecting their legal rights while they serve.

Under the Act, courts have to approve repossessions if the servicemember had taken out a loan and made a payment on it before they began their service. The DOJ said that HSBC did not get the necessary court orders.

“Servicemembers should never have to worry that they will lose their cars while they answer our nation’s call to duty,” Principal Deputy Assistant Attorney General Vanita Gupta, said.  “HSBC should have heeded these concerns before repossessing vehicles.  I commend the company for working cooperatively to reach an appropriate resolution once the department raised the issue.”