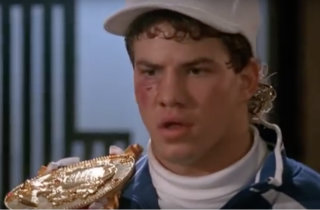 Remember Tommy Morrison, the boxer from “Rocky V,” who was retired by pppen athletic commission test revealing he was HIV positive? New court records uncovered by LawNewz reveal that not only did Morrison reportedly admit to being diagnosed as HIV positive seven years before he was forced to retire, but he apparently bragged about hiding his illness from the boxing commission and from women with whom he had unprotected sex. Morrison died in 2013 at the age of 44.

Morrison’s positive HIV test with the Nevada Athletic Commission was one of the biggest sports stories of 1996. Morrison had won 48 of 52 professional fights, and also held the World Boxing Organization heavyweight title. In the years that followed this test, Morrison denied having HIV, and even publicly challenged whether the disease really existed.

More than 20 years later, a new twist to the story has emerged in court documents filed in June. The Nevada Athletic Commission admits in paperwork that Morrison appears to have been diagnosed as HIV positive in 1989, seven years before the positive test that ended his above-board career. This is in spite of the Nevada Athletic Commission having required HIV testing since 1988.

You might be asking, how this could happen. The NAC’s website outlines the requirements for a “Professional Contestant” license in combative sports like this (emphasis ours):

Report of Physical Examination Report Professional Boxer/Unarmed Combatant including an original laboratory report with the fighters name and the date the HIV test and Hepatitis B Surface Antigen, Hepatitis C Antibody and CBC tests were taken. The HIV test must be done within 30 days of submitting all requirements to become licensed. The Hepatitis B & C and  the CBC tests can be done within the calendar year.

As that language indicates, fighters are largely left to their own devices to get physicals and have their blood drawn. They can go to any doctor they want unless the doctor has been flagged by the NAC, and the blood work just has to go to an accredited lab. According to those familiar with the procedures, this is how most states handle fighter medicals, as it has to be decentralized due to how far fighters are spread out geographically.

According to those in the combat sports community who spoke to LawNewz on background, there appears to be only one scenario of reasonable likelihood that would explain why Morrison would have “passed” his HIV tests for seven years. Hypothetically, if an HIV positive fighter found a “friendly” doctor willing to send known HIV negative blood to an accredited lab labeled as belonging to the fighter in question, that could result in a negative HIV test with the fighter’s name on it. However, we have no confirmation that is what happened in Morrison’s case.

The lawsuit that led to the production of these documents is a bit complicated, but here’s the barebones version: Patricia Morrison, the widow of Tommy Morrison, who appears to be an HIV denier, sued the NAC, Quest Diagnostics in 2014  for “diagnosing” her late husband with HIV. The Nevada Athletic Commission defendants and Quest defendants are trying to prove otherwise. To that end, they’ve produced this evidence to support the claim that Morrison was diagnosed in 1989:

Since the NAC now has knowledge that this happened and are even relying on the information in court, what are the potential fixes that they could implement?

One potential solution would be for Nevada and other commissions with similar procedures to require fighters to go to a lab’s walk-in facility (like the many locations that Quest has across the country) to get the actual blood draw. There would be greater control on the blood draws without placing too many geographical limits on the fighters.

LawNewz has reached out to the NAC for comment on this story and will update this article if we hear from them.