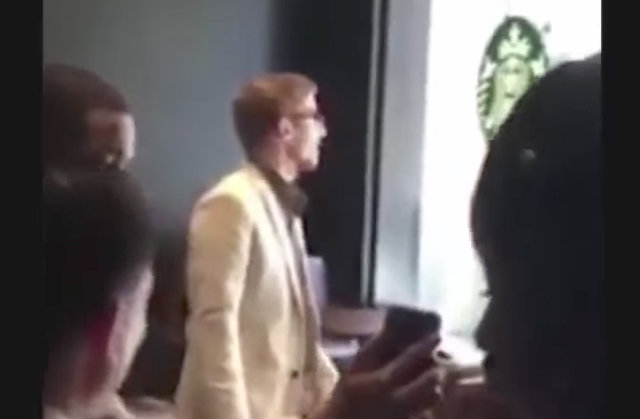 A white man faces hate crime charges for a racist, violent tantrum at a Chicago Starbucks. 24-year-old William Boucher was ordered to be held on a $50,000 bond this morning for four counts of aggravated battery in a public place, and four counts of committing a hate crime. Authorities say he “became irate” at a Starbucks on June 6, according to a Chicago Sun-Times report.

Someone accidentally spilled something on his pants, authorities said. He allegedly flipped, and went on a racist rant.

“Shut up, slave!” the suspect said, shouting other insults as well, like the term “vermin,” and telling a person “Get on all fours. You don’t deserve to walk on two legs.” Police said he spit on two black people, a man and a woman, and attacked a 59-year-old homeless man. Boucher was originally booked on three misdemeanor counts of battery.

Law Newz reached out to him for comment. Video of the incident can be seen here.