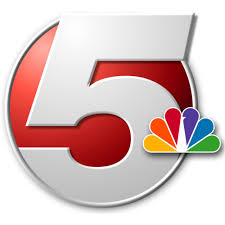 A South Carolina teenager is suing a Colorado television station over allegations that the station aired the teen’s erect penis on live television. The news station allegedly broadcasted the picture they retrieved from a cellphone video that was uploaded to YouTube.

The 14-year-old teenager was living in Colorado at the time of the incident. On February 24, 2014, KOAA-5 sent reporter Matthew Prichard, a named defendant, to the residency of the teenager to investigate claims that the boy was being blackmailed via a sexting incident (LawNewz.com will not name the plaintiff as he is still a minor).

The lawsuit alleges that the parents of the boy informed Prichard of the blackmail attempt, which included sexually explicit images of the 14-year-old. Prichard filmed an interview with the teen and then collected images of his Facebook page and the YouTube page where the blackmail video was posted.

Now here’s where things become careless. The teenager’s Facebook page included his name, contacts, family and friends, all information that should be kept private, especially when dealing with a minor. Further, the teen’s name was stated directly above the thumbnail image of the blackmail YouTube video. According to the lawsuit, both the Plaintiff and his father requested the teen’s identity remain confidential in any report produced by Prichard and the NBC affiliate.

Later that day, Prichard’s story aired on the 5:00 PM news. KOAA-5 aired the thumbnail image of the blackmail video depicting a picture of the teenager’s erect penis and his name. Unedited images of his Facebook page were also included.

Evan Pappas, the president of KOAA, told this to Ars Technica.

“At the specific request of the victim’s father, we ran a story two years ago about his son being blackmailed over a cell phone video… [W]hile we are unable to discuss the specifics of this recently filed litigation, we will defend ourselves against unfounded accusations.”

Pappas refused the opportunity to expand on which specific allegations were unfounded.

The lawsuit seeks non-economic damages in excess of $1 Million, in addition to a judgment for actual, punitive and special damages.

Was this an oversight, or an egregious breach of journalistic ethics? Tell us what you think in the comments.