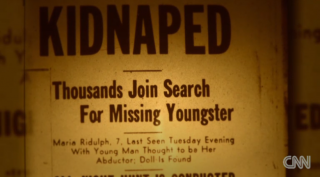 A former cop convicted in a 59-year cold case, believed to be the nation’s oldest, may soon be exonerated. Richard Schmack, an Illinois prosecutor for DeKalb County, says he has found “clear and convincing evidence“ that Jack Daniel McCullough, a 75-year-old military veteran, was wrongly convicted in the murder of a 7-year-old girl in 1957.

McCullough, a former Seattle police officer, was convicted in 2012 of the abduction and murder of Maria Ridulph from a street corner in the small town of Sycamore, Illinois. The veteran was quickly convicted following a week-long trial heard by a judge, without a jury.

After McCullough implored authorities to “[l]ook in the box” at his sentencing hearing, Schmack set off to examine the box the former police officer was referring to, which contained old FBI reports and documents that the sentencing judge, James Hallock, dismissed as inadmissible hearsay. Schmack spent the next six months rifling through box for the proverbial needle in a haystack. And he found it. The needle was an incongruent timeline and the availability of phone records he acquired by subpoenaing AT&T. The prosecutor was dismayed to find that McCullough was about 40 miles away in Rockford when Ridulph vanished and said,

When I began this lengthy review I had expected to find some reliable evidence that the right man had been convicted. No such evidence could be discovered. Compounding the tragedy by convicting the wrong man, and fighting further in the hopes of keeping him jailed, is not the proper legacy for our community, or for the memory of Maria Ridulph.

With new evidence in hand, Schmack, determined that McCullough could not have committed the crime, set off to rectify the injustice. The state’s attorney filed an answer to a pro se petition—which means defending oneself without a lawyer—filed by McCullough and acknowledged the new developments. “… the People are ethically compelled and constrained to admit the existence of clear and convincing evidence showing Defendant to have been convicted of an offense which he did not commit,” he wrote.

McCullough has been held at the Illinois state penitentiary in Pontiac since his 2012 conviction. The septuagenarian maintained his innocence in a prison interview with CNN in 2013 and insisted that the FBI questioned him and cleared him in 1957 because his alibi checked out. At the time, McCullough repeatedly said he couldn’t be the killer because he was not in Sycamore when Maria was taken. However, it wasn’t until Schmack subpoenaed AT&T phone records that authorities could corroborate McCullough’s alibi. Now, McCullough is looking at a second-chance, this time with the State on his side.

A court hearing is scheduled for Tuesday in Sycamore.