Louise Mensch Goes Apoplectic After Being Accused of Falling for Hoax 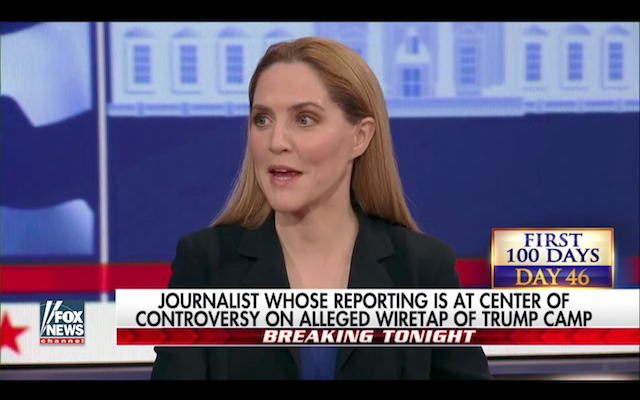 Recent investigative journalism alleging that Donald Trump‘s former modeling agency is currently being investigated for sex trafficking was based on false information provided by a hoaxer.

The journalists who allegedly fell for the hoax are Claude Taylor and fellow conspiracy theorist Louise Mensch. Both Mensch and Taylor are prominent anti-Trump writers with huge followings on Twitter.

After the initial report, Taylor retracted his claims and apologized. Mensch, however, dug in, sending out dozens of tweets.

If @JonSwaine and @TheGuardian think @RealDonaldTrump is not being investigated for @TrumpModels by @AGSchneiderman – they are flat wrong.

From my sources close to the matter. My story on #PIMPOTUS is accurate in every particular. Here @JonSwaine; enjoy. https://t.co/SsWnlHMM24

I have been here before, many times. When you know you are right, and your sources are solid. you do not need to worry. Nor do I.

And now, some backstory: according to a lengthy report in the Guardian, the hoaxer initially contacted Taylor via email and claimed to be an official working out of New York Attorney General Eric Schneiderman‘s office named “Caitlin”.

Taylor never verified Caitlin’s employment, anti-Trump claims or identity before relying on her as a source. Rather, Caitlin appears to have ingratiated herself with Taylor via simple flattery.

On July 20, 2017, Caitlin emailed Taylor under the subject heading “NYAG Investigation” and buttered him up by stating that she was “a fan” and that Taylor’s anti-Trump reporting was “right on the money.”

Taylor replied in less than two hours and rather than interrogate his newfound source for accuracy, “asked leading questions to support his various theories,” Caitlin wrote in an email to the Guardian.

Taylor’s whole-cloth story about Trump’s alleged sex trafficking ring was then tweeted out to his 200,000 followers and then approvingly quoted and re-tweeted by Mensch.

Caitlin continued to feed Taylor false information. Taylor continued to tweet. One of the more ridiculous claims alleged that Bill Clinton–Taylor’s former boss–was prepared to testify for the prosecution regarding the sex trafficking claims.

Mensch later wrote and promoted her own version of the sex-trafficking story–using the hashtag #PIMPOTUS–but claims she never used Caitlin as a source or relied on Taylor’s “reporting” for the basis of her own. Mensch and Taylor frequently refer to themselves as co-writers.

Taylor was initially blindsided by his mistake and issued a mea culpa via Twitter. He wrote, “As a ‘citizen journalist’ I acknowledge my error and do apologize.”

Later on, apparently bolstered by support from his co-writer and resistance fanbase, Taylor changed his tune. He tweeted:

I don’t claim to be a journalist-I am offering a feed of raw, often unfiltered, human intelligence. “Humint” is by nature imprecise. Reality

Mensch, for her part, went entirely apoplectic and hasn’t stopped tweeting about the revelations since they were published. At one point she approvingly retweeted a conspiracy theory account alleging that the Guardian newspaper–which is based out of London–is a front group for the Federal Security Service of the Russian Federation (“FSB”).

In addition to the FSB claim, Mensch also retweeted an additional theory by that same account: the Guardian story is a character assassination attempt leveled by the mainstream media because Mensch and her fellow travelers make them look “utterly incompetent.”