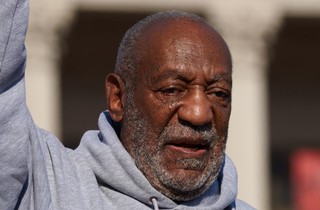 Renita Hill, who says Bill Cosby sexually assaulted her, is appealing the dismissal of her defamation lawsuit against the 78-year-old comedian. She claims Cosby, his wife, and a lawyer disparaged her by calling her a “liar” and “extortionist.” Her attorney is arguing that Cosby and his people’s comments are, in fact, defamatory, the Associated Press reports.

A federal judge in Pittsburgh dismissed the case in January, saying the First Amendment protected the statements.

Over 50 women have publicly claimed that Cosby sexually assaulted them. Hill is one of them. She says Cosby drugged and molested her several times after they met in 1983. She was a 16-year-old actress. The comedian faces a criminal charge in Pennsylvania, and has been entangled in several similar defamation lawsuits with other women. Hill’s lawyer said that she’d been deposed by attorney Gloria Allred to testify in another lawsuit, according to the AP.